How to Prevent Dog Theft on a Country Walk 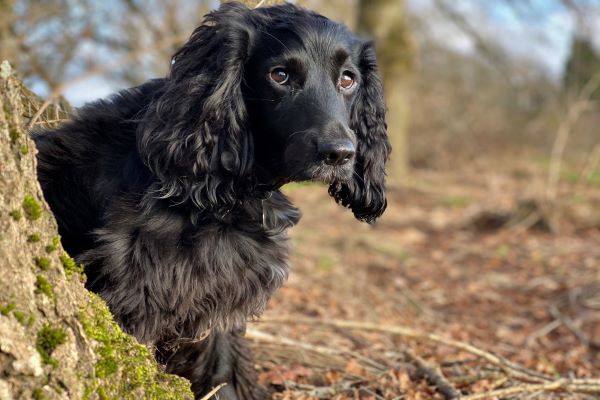 How to Prevent Dog Theft on a Country Walk?

Every year numerous dogs go missing from rural carparks and on country walks and very few of these incidents are recorded as thefts. Many of these dogs are stolen by specialist dog thieves who have perfected a method of stealing dogs which leaves the owner completely unaware that a theft has taken place. Who are these dog thieves, how do they steal dogs and more importantly what can you do to prevent the theft of your dog?

Specialist dog thieves learn their trade at an incredibly young age usually starting out as poachers or acting as lookouts for hare coursing and fly-tipping. Once old enough to drive they will advance to acquisitive crimes stealing fuel and quadbikes from farms and horse tack and feed from livery yards. By the time they have reached their early 20’s they will have graduated to livestock theft and overnight raids on kennels.

In the winter they primarily target owners of working dogs and breeders, specifically sheep dogs, gun dogs and field trials dogs. In early spring they shift their attention to stealing pets from boarding kennels and from the numerous beauty spots around the UK preying upon the increased numbers of dog owners excising their dogs in the countryside.

The Dog Thieves (The Specialists)

Specialist dog thieves are practiced chameleons and understand the importance of blending into the environment. Not only does this enable them to return and steal another dog but also ensures that they do not stand out as suspects. These criminals are well versed on how the police record and investigate crime and know that if the victim of their theft contacts the police the absence of any obvious suspects or proof that a crime has been committed is likely to result in the police declining to take any further action.

These dog thieves work in pairs, sometimes a man and a woman using an average looking car and usually with a dog or child. I have also known them to work in threes and fours, using two cars arriving in a car park separately and parking in different locations. The occupants of one vehicle will then run a distraction while their accomplice moves in and steals the dog.

The Method (Modus Operandi or MO)

It is important to remember that these heartless villains are professional dog thieves, they have an excellent understanding of dog behaviour and use that knowledge to their advantage. They may bring a lure dog with them, usually a bitch in heat and will always have high-value dog treats in their possession. They use choke leads, which they can slip quickly over a dog’s head and sometimes use a temporary muzzle to ensure a stolen dog does not bark. Most of their thefts are committed around the car park but some thieves will follow a dog owner away from the carpark and wait for the owner’s dog to run off out of sight before making their move.

These thieves will not sit passively in a car or loiter around a carpark waiting for an opportunity to steal a dog as this is likely to attract unwanted attention. Instead, they select their target, make their approach, and deploy a well-rehearsed distraction technique. One thief will strike up a conversation with the owner and turn them away from where their dog is located while the second thief moves in, snatches the dog, and immediately leaves the area. The thief operating the distraction will then continue the conversation, long enough to facilitate their abettor’s getaway, before claiming that they have just seen the owner’s dog run off in the opposite direction. Once the duping is complete and the victim rushes off in search of their dog the second thief will also leave the area.

Not only is this a highly effective method for stealing a dog but the false sighting will undermine the dog owner’s chances of having the incident recorded as a dog theft. A runaway dog will not be recorded as a crime and therefore an investigate will not take place which means the dog thieves will not be caught. Not knowing that their dog has in fact been stolen will cause some owners to spend weeks searching the countryside for their missing dog oblivious of what has actually taken place.

How to Prevent the Theft of Your Dog

Once you understand how specialist dog thieves steal dogs then it only requires a few subtle changes in your dog walking routine to undermine their criminal intent.

As previously stated, specialist dog thieves commit most of their offences around the car park and are looking for an easy target and focus on people who have their dogs off lead and are distracted by other concerns. Therefore, the car park should always be treated as a high-risk area where you need to remain alert to the possibility of dog theft. You can also significantly reduce the risk of theft by implementing these simple changes to your routine.

1.      leave your dog in the car until you and everyone in your group is ready to leave the car park.

2.      keep your dog on a lead when entering and leaving the car park.

Only once you are clear of the high-risk area should you consider releasing your dog off their lead. When you return to the car park (with your dog safely on a lead) immediately put her/him back into your car before dealing with other tasks such as boot cleaning or putting a bike on a rack.

During the walk the most effective means of undermining the thieves is to know exactly where your dog is so keep them in your line-of-sight and do not allow her/him to lag behind. In addition, keep distractions to a minimum which means put your mobile phone in your pocket and keep it there. (Always remember that specialist dog thieves target dog walkers who are distracted by other concerns).

Finally, let me address the important issue of recall. Teaching your dog to respond immediately to the recall will keep them secure and out of harms way and is an absolute must for walks off lead in the countryside. My strongest advice on this subject is to train your dog on a voice recall command and NOT a dog whistle (When was the last time you forgot to take your voice with you on a walk?).  In addition, numerous dogs are lost during walks because they hear another dog owner blasting away endlessly on a whistle and end up running off in the wrong direction. A dog answering to a whistle does not know who is blowing the whistle instead they are simply responding to their training. Specialist dog thieves know that pet owners use dog whistles for recall and are using this to their advantage. One of the methods they use is skulk around woodland repeatedly using a dog whistle and waiting to see which dogs respond to the recall.